The asset management activity started in 2005, with a modest client portfolio. From that moment on, we have gained the confidence of more and more investors in the products offered by BT Asset Management SAI. Thus, in 2021, we reached a portfolio of more than 90,000 clients and of assets exceeding 4 billion RON. The confidence of our clients is the utmost recognition to which we can aspire; therefore, our future endeavor is to achieve a stable evolution and to raise a significant number of investors.

We describe ourselves as a firm promoter of the local entrepreneurial spirit through the products offered to our clients. We are a member of Banca Transilvania Financial Group, which has always shown understanding and support to those who wish to become entrepreneurs and are driven by success. We offer our investors an array of options to capitalize on their liquidities and savings by making the best use of capital market opportunities.

We are supported by renowned entities in the Romanian financial sector, our main shareholders being:

All these aspects have contributed to the increasing role of BT Asset Management SAI in the local investment fund industry, the company being one of the most prominent players in Romania. The funds managed by BT Asset Management SAI are dedicated to Romanian and foreign individuals and legal entities that do not possess sufficient information to create a portfolio on their own by mitigating at the same time the capital market inherent risks. The advantages of investing in our funds consist of quality services provided to our clients and the mitigation of the risks arising from market operations through portfolio diversification.

Moreover, BT Asset Management SAI is authorized as an Alternative Investment Fund Manager pursuant to the FSA authorization no. 30/01.02.2018, being registered with this status in the Financial Supervisory Authority Register under no. PJR071AFIAA/120003/01.02.2018.

BT Asset Management SAI is a data Controller pursuant to Regulation (EU) 2016/679 on the protection of natural persons with regard to the processing of personal data and on the free movement of such data.

According to the Agreement between the United States of America and Romania to improve international tax compliance and to implement FATCA, BT Asset Management SAI is recorded with the Internal Revenue Service (IRS), being assigned the FATCA status of Reporting Financial Institution (Model 1 IGA), with the Global Intermediary Identification Number (GIIN) 4ID1WZ.00002.ME.642.

As of the enforcement of the new Fiscal Procedure Code on 01.01.2016, transposing in the national legislation the provisions of Directive 2014/107/EU on the mandatory automatic exchange of information in the field of taxation through the Common Reporting Standard (CRS), BT Asset Management SAI has been subject to the obligation of applying the reporting and tax diligence standards that constitute an integral part of the Code.

BT Asset Management SAI is registered under the LEI code 25490007RQZBTI91HW10, which is a legal entity identifier based on the global ISO 17442 standard, connecting to key reference information that enables the clear and unique identification of legal entities participating in financial transactions.

To be as close as possible to investors, some of the BT Asset Management SAI team members would like to introduce themselves: 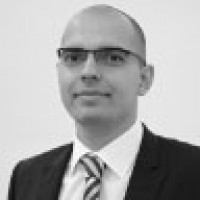 Aurel Bernat is a graduate of Babeș-Bolyai University in Cluj-Napoca, European Institutions Management section, with post-graduate studies in Business Administration at the same university. On an international academic level, he completed an Executive MBA and is currently at the beggining of the long road to a PhD at the University of Hull (Great Britain). .

Professionally, Aurel has been a part of Banca Transilvania (International Relations) and BRD-GSG (Corporate) teams over the years, joining the BT Asset Management team in 2007. Meanwhile, he is a member of the Board of Directors of BT Pensii and some local publicly traded companies. He is also a part of the Board of Directors of the Association of Fund Administrators from Romania (AAF) 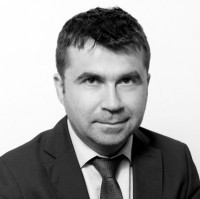 Dan Dascal graduated from the Faculty of Automation and Computer Science in Cluj-Napoca in 1996. He has a rich capital market experience, as he started working ever since 1997 as a broker and subsequently as a branch manager for SVM Elita Invest 89. Further on, in 2001, he became the Head of Trading of SVM Transilvania Capital Invest. Between 2003-2015, he held the position of Operations Manager at SSIF BT Securities, a subsidiary of Banca Transilvania Financial Group, coordinating the Brokerage, Trading and Financial Analysis departments. After working for 2 years in the Capital Investments Department of Banca Transilvania, he joined the BT Asset Management team in May 2017, coordinating open-end and closed-end investment funds in capacity as Head of Analysis and Asset Management. 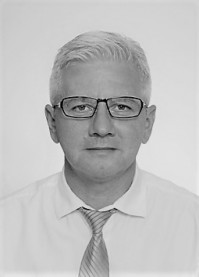 Calin Condor is a graduate of the Technical University of Cluj-Napoca, 1993, with postgraduate studies in Business Administration (FSEGA 1996-1998), Banks and Capital Markets (FSEGA 2004-2005). In 1995 he started his career in Banca Transilvania. Between 1996 and 2011 he held various positions in the Treasury Department of BT and in 2011 he became Deputy Director of the Treasury Department, responsible for the sales department of treasury products. Starting with 2016, he holds the position of Deputy Director of the Private Banking Department and since 2019 he ensures compliance with MIFID regulations from the position of Deputy Director of the Compliance Department of Banca Transilvania. Starting with 2021, he joins the BT Asset Management team. 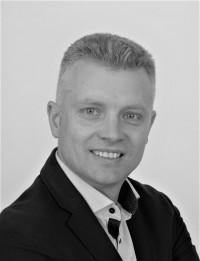 Irinel Tolescu graduated from Babes-Bolyai University in Cluj-Napoca, Faculty of Geography in 1997. In 2008, he obtained a degree in Banking Management and Marketing from the Romanian Banking Institute. Between October 2007 - August 2011, he worked in the Retail Department of Banca Transilvania, Alba-Iulia Branch, where he achieved excellent results in banking sales, but also in the investment product segment. He joined BT Asset Management SAI in September 2011, being in charge of the relationship with investors and the promotion of investment products in the Transylvania region. In January 2014, he became Senior Regional Sales Manager - Transylvania region and in May 2017 he was promoted to the position Sales and Marketing Director. Since 01.04.2022 he coordinates the Digital Development Department with attributions in the realization and implementation of the company's projects in this development area. 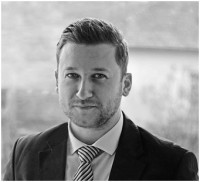 Tudor Irimiea graduated from the Faculty of Economics and Business Administration in Cluj-Napoca in 2007 (specialization in Commerce, Tourism and Services). Between 2007-2008, he worked as a Risk Analyst at CEC Bank S.A, and between 2008-2009 he was a Relationship Manager at Intesa Sanpaolo S.A. In 2013 he became a stock broker at SSIF BRK Financial Group S.A. and in 2015 he established the first investor club in Romania. He joined BT Asset Management SAI in July 2017, promoting the company’s products in Transylvania. Since 01.04.2022 he was promoted to Sales and Marketing Director. 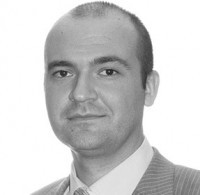 Sebastian Calara has graduated from "Vasile Alecsandri" University in Bacau, Faculty of Economics (Accounting and Management Information Systems specialization) and pursued postgraduate studies in Business Administration at "George Bacovia" University in Bacau. Between 2007-2013, he worked as a Mobile Team officer and Payment Technologies officer at BRD-GSG Bacau. In 2013, he became an insurance officer at Omniasig VIG SA. Between 2013-2014, he worked in the Retail Department of Banca Transilvania. He joined BT Asset Management SAI in June 2014, promoting the company’s products in the Moldavian region. 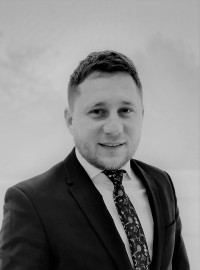 Cristian Nisulescu is a graduate and master student of the Faculty of Accounting, Audit and Management Informatics within the Academy of Economic Studies in Bucharest, promotions 2008, respectively 2010. He held the positions of financial insurance consultant at Eureko SA in 2006-2012, accountant and analyst in two startups during 2012-2015 and member of the operations departments within Bancpost SA, 2015-2016 and Banca Transilvania, 2016-2018. He joined the BT Asset Management team in September 2018, in the position of Regional Sales Manager, ensuring the relationship with clients and promoting investment products in Bucharest and the Southern Region of the country. 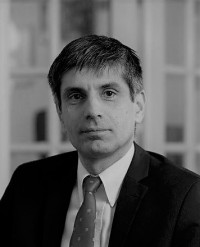 Eduard Inizian has over 15 years of experience in the banking field and a specialization in the capital market obtained at Tulane University, USA. He worked at Raiffeisen Bank in the corporate lending segment, after which, starting with 2010, he worked at Erste Asset Management SAI, with the priority of forming a base of institutional clients: life insurance companies and privately managed pension funds. He organized annual events for clients in which he held sessions to present investment products with local and international exposure. He is part of the BTAM team since July 2021, holding the position of Regional Sales Manager with an area of responsibilities in Bucharest and the Southern Region of the country.

Corina Paicu graduated from Babes-Bolyai University, Faculty of Mathematics (specialization in computer science) in 1987. Between 1995-2004, she worked for SC SPOR SA, an administrator of the ARDAF Mutual Fund, where she coordinated the Asset Computation Department. In March 2006, she joined BT Asset Management, being promoted to the position of Head of Operations in September 2006 and subsequently to that of Operations Manager in May 2013.

Renate Sas graduated from the Technical University of Cluj-Napoca, Faculty of Electronics and Telecommunications in 1995 and pursued postgraduate studies in Banks and Capital Markets at Babes-Bolyai University in Cluj-Napoca. She worked in the Romanian capital market industry between 1997-1999, notably for SVM Startinvest SNI S.A., as an authorized broker. In 2007 she was employed with SSIF Target Capital, and after 2008 she held the position of Fund Manager and subsequently of Operations Manager at SAI Target Asset Management SAI. She joined BT Asset Management in January 2015, as a Compliance Officer.

Maria Vescan has graduated from the Technical University of Cluj-Napoca, Faculty of Economic Engineering. Having an experience of more than 13 years in capital markets, she was involved in managing an investment management company, in managing a financial investment services company, she worked as an internal control officer, as an AML officer in charge of applying the provisions of Law 656/2002 and as an International Sanctions officer at S.S.I.F. STK Trading S.A. and STK Financial Societate de Administrare a Investitiilor S.A. She joined BT Asset Management in January 2019, as a Compliance Officer.

The entire team of BT Asset Management SAI is dedicated to its investors, focusing on increasing the assets placed under its management. At the same time, we are particularly open to those who have not yet made the first step to becoming investors, by promoting a responsive and transparent approach and by relying on mutual respect and confidence as key ingredients of fruitful cooperation.

Therefore, we express our gratitude to those who have chosen us and we invite those who are not our clients yet to meet us.

BT Asset Management SAI is aware of the value of investors’ trust in the funds managed. In this respect, there are several common features that define all our actions:

For the settlement of any complaint, as well as for the alternative resolution of disputes, consumers may contact BT Asset Management SAI SA and the Alternative Dispute Resolution Entity in the non-banking financial field (SAL-FIN) respectively, according to the conditions presented in the Procedure on the settlement of complaints relating to the activity of BT Asset Management SAI SA.

The Procedure on the settlement of complaints relating to the activity of BT Asset Management SAI SA is available here.